Rihanna getting a tiny camouflage shark with a Drake connection inked on her body was a big enough deal.

Now, photos from his Summer Sixteen tour stop in New Orleans on September 2 show that Drake has a twin shark permanently plastered to his forearm, so, yeah: If that isn’t a hyper-specific declaration of lasting love, we don’t know what is.

This has been a huge week for the pop star and rapper: They started it at the 2016 MTV Video Music Awards, where Drake presented RiRi with this year’s Video Vanguard award and shared that he’d been in love with her for years. Some NYC hangs happened. Some appointments with some tattoo artists went down. Some smooches were exchanged onstage in Miami. And now, not seven days after Drake got a serious case of the feelings before the VMA audience and viewers at home, they’re stamped with the 2D rendering of a stuffed animal Drake got for RiRi on a date at Toronto’s Ripley’s Aquarium. (Peep the photo above: You’ll find the shark just underneath the hands clasped in prayer on his outstretched right arm.)

That’s one hell of a souvenir for this epic seven-day stretch — well, that and the giant billboard Drake put up in Los Angeles to celebrate Rihanna’s VMA achievements. Should we all be so lucky as to find someone who’s into expressing their affection in the most unexpected ways possible, stuffed animals and all. 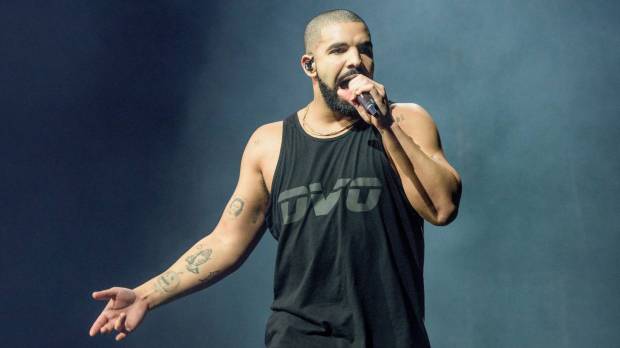 Down on earth with love, okay am just me, most epic guy who loves seeing people around me happy. So that defines me, dramatic, cool guy. View all posts by Kim Jacobs UG