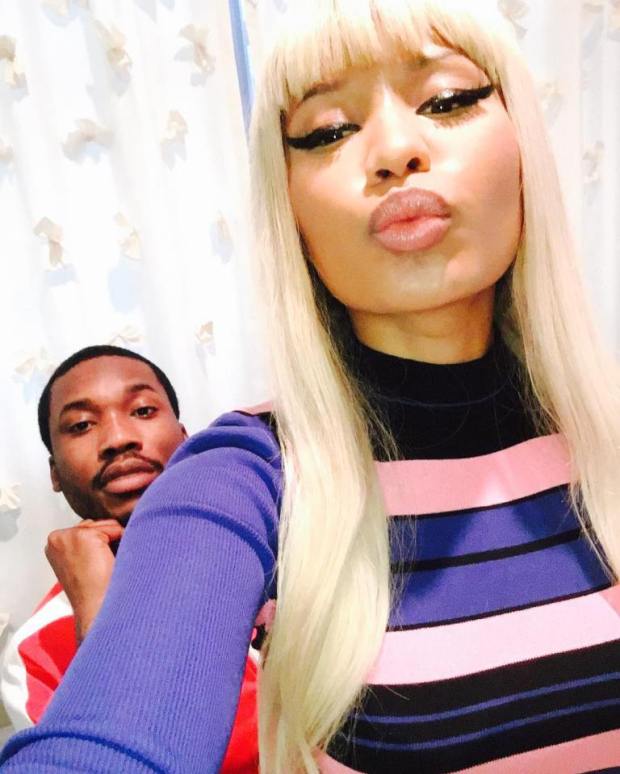 Meek Mill and Nicki Minaj took their relationship to the next level by renting a Beverly Hills mansion together. And now, the Philly rapper hints on Instagram that they might be going all in and having a baby.

The pregnancy rumors aren’t surprising. Nicki had previously said that she would love to get married and have a child with the Dreamchasers leader. And now maybe part of that dream is coming true…. 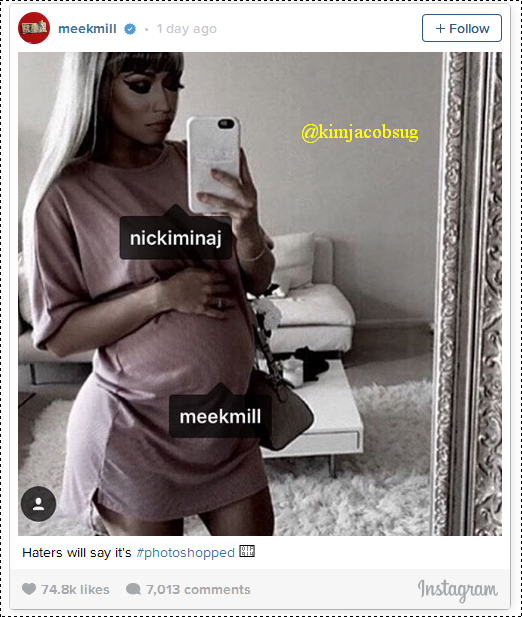 The woman in the mirror was found out to be fitness expert Tammy Hembrow. See for yourself.

Also, the First Lady of Young Money just made a public appearance with Meek Mill at theVMAs last weekend and there was no baby bump. 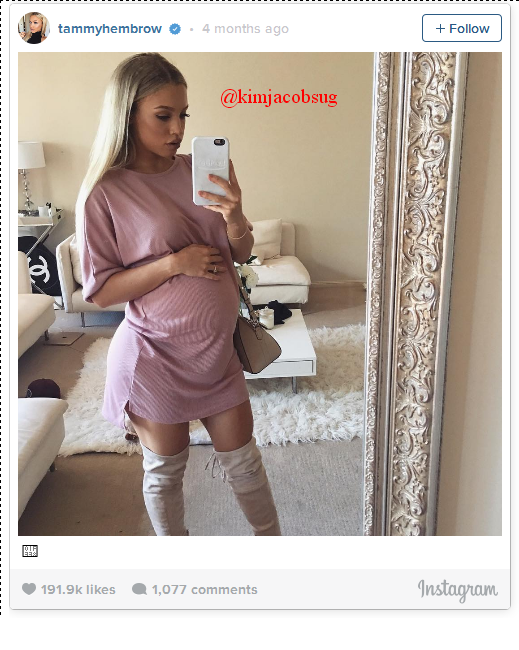 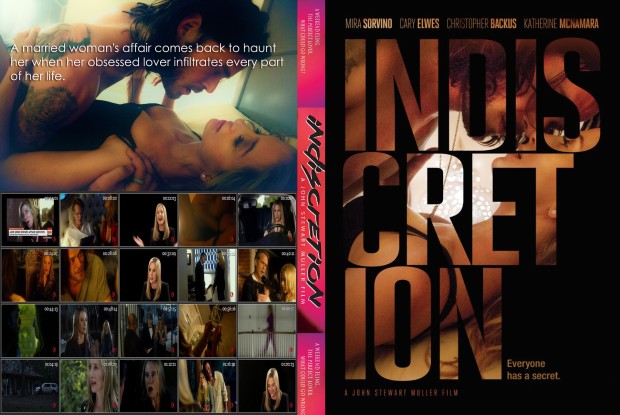 Indiscretion is a 2016 psychological thriller written and directed by John Stewart Muller and starring Mira Sorvino, Cary Elwes, Christopher Backus, and Katherine McNamara.[1] It was co-written and produced by Laura Boersma, Muller’s partner at Santa Monica-based Granfalloon Productions. Its world broadcast premiere was July 23, 2016 on Lifetime

In director John Stewart Muller’s steamy and stylish psychological thriller, Mira Sorvino stars as Veronica, a politician’s wife whose brief affair with a troubled young artist comes back to haunt her when he begins to infiltrate every part of her life. While her husband and daughter are away, New Orleans psychiatrist Veronica Simon enjoys a weekend fling with Victor (Christopher Backus), an alluring young sculptor. But after Veronica calls off the affair, Victor refuses to let go and will stop at nothing to have Veronica for himself. Just how far will Victor go to get what he wants, and is there anything Veronica can do to stop his mad obsession before it destroys her family? Stars Mira Sorvino, Cary Elwes, Christopher Backus, and Katherine McNamara. (2016) 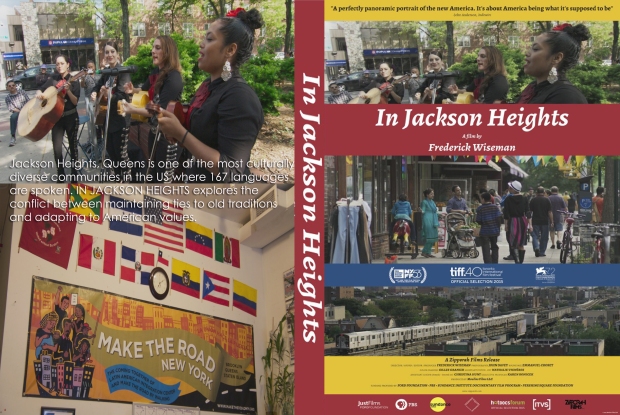 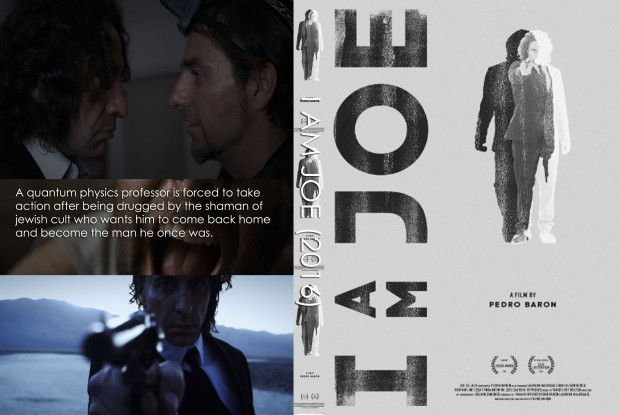 A quantum physics professor is forced to take action after being drugged by the shaman of jewish cult who wants him to come back home and become the man he once was. 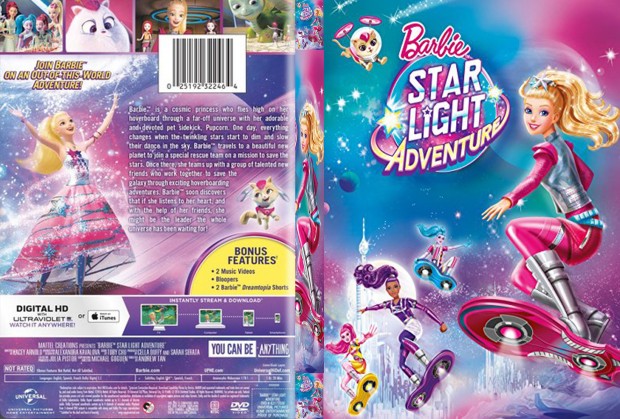 JOIN BARBIE ON AN OUT OF THIS WORLD ADVENTURE! Barbie is a cosmic princess who flies high on her hoverboard through a far-off universe with her adorable and devoted pet sidekick, Pupcorn. One day, everything changes when the twinkling stars start to dim and slow their dance in the sky. Barbie travels to a beautiful new planet to join a special rescue team on a mission to save the stars. Once there, she teams up with a group of talented new friends who work together to save the galaxy through exciting hoverboarding adventures. Barbie soon discovers that if she listens to her heart, and with the help of her friends, she might be the leader the whole universe has been waiting for! 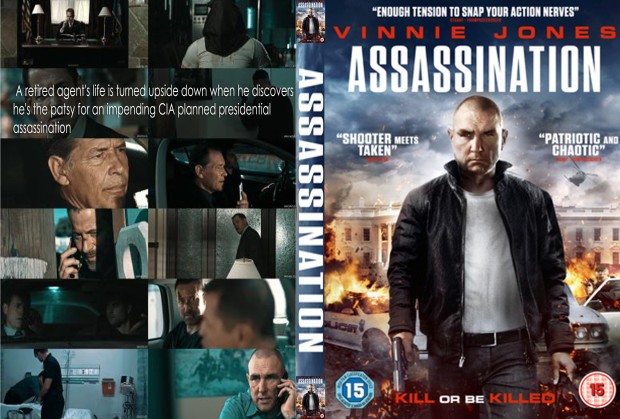 A retired agent’s life is turned upside down when he discovers he’s the patsy for an impending CIA planned presidential assassination.

The newest film from director Timothy Woodward, Jr., “Assassination,” makes its debut during AFM 2014 (November 6-12.) Production on the film just wrapped this week in Los Angeles. Foreign sales of the new film are being handled by Cardinal XD (Loews Hotel, Room 543.)
British actor Vinnie Jones stars in “Assassination,” a film about a retired FBI agent whose life is turned upside down when he discovers he’s the patsy for an impending CIA planned presidential assassination. Jones portrays Agent Michael Price, the handler of retired agent John Niles (Johnny Messner) who ends up in a race against the clock to save his family and the leader of the free world.
“Assassination” co-stars Johnny Messner, James Remar, Estella Warren and Michael Pare. 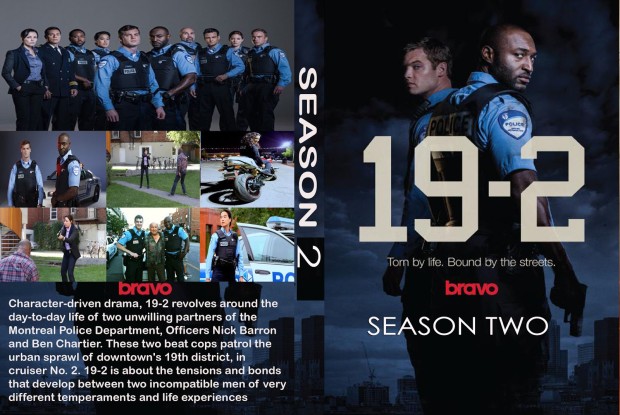 Character-driven drama, 19-2 revolves around the day-to-day life of two unwilling partners of the Montreal Police Department, Officers Nick Barron and Ben Chartier. These two beat cops patrol the urban sprawl of downtown’s 19th district, in cruiser No. 2. 19-2 is about the tensions and bonds that develop between two incompatible men of very different temperaments and life experiences. Over time, Nick and Ben’s mistrust and antagonism for each other give way to moments of mutual respect and a wavering chance at a true partnership. As Season 1 progresses, we also get to know the tight-knit squad of 19. We see friendship and enmity, loyalty and betrayal. The series delivers in portraying the unpredictability and fragility of the world of a beat cop through moments of life-threatening intensity to its characters, both on and off duty, cementing 19-2 as a powerful character study and a gripping police drama. 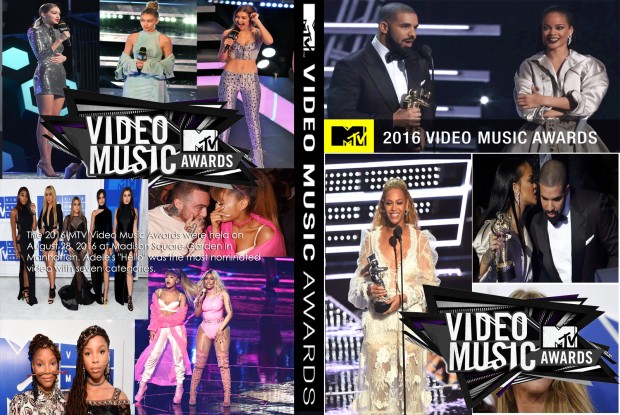 The 2016 MTV Video Music Awards were held on August 28, 2016[1] at Madison Square Garden in Manhattan.[2] Adele‘s “Hello” was the most nominated video with seven categories. Beyoncé led the nominations with a total of eleven, followed by Adele, who had eight.[3] Rihanna received the Michael Jackson Video Vanguard Award after performing several medley numbers during the ceremony.[4] Britney Spears marked her first performance at the awards show since the heavily-criticized 2007 show nine years prior.[5] Beyoncé won eight awards to bring her career total of wins to 24 VMAs, overtaking Madonna‘s previous record of 20 awards, making her the artist with the most wins in the history of the award show.[6][7]

The ceremony was shown on multiple Viacom cable networks and through smart TV and mobile devices which allow access to MTV’s TV Everywhere-authenticated live stream within their app (dependent upon provider), along with MTV’s website and Facebook Live.[8]

Compared to last year’s show which had a lesser amount of Viacom networks simulcasting the ceremony, the 2016 ceremony’s numbers showed a 35% drop across the measured networks carrying the ceremony, totalling a cumulative 6.5 million viewers, though the network also claimed substantial additional streaming viewership across MTV apps and Facebook Live.[9] 3.3 million viewers saw the show via MTV.[10] 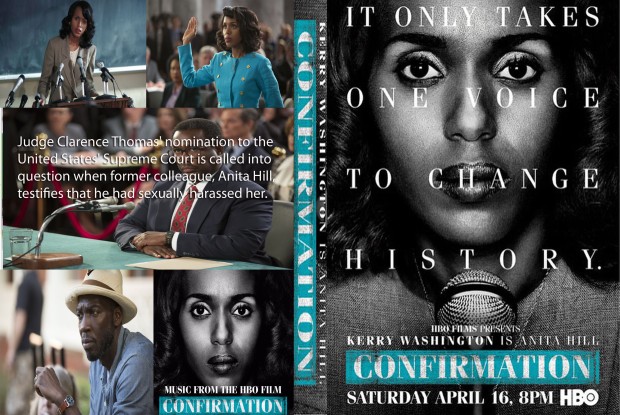 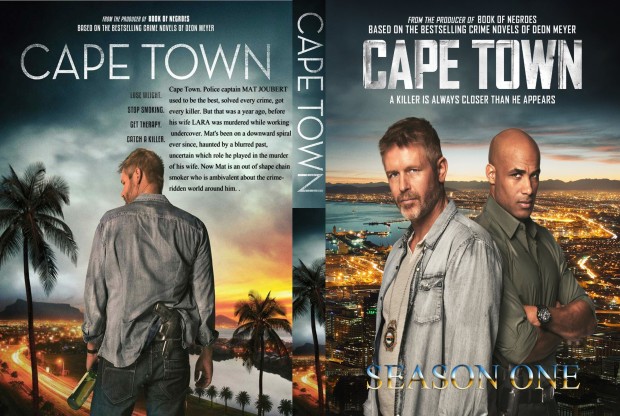 Cape Town (also known as Mat Joubert) is a South African-German produced TV-series based on the novel Dead before dying by author Deon Meyer.[1] The series is produced by German company all-in-production, whose head Annette Reeker bought rights 5 years before starting the production. Produced without any television channel backing it, Reeker funded the series with private earnings of about 6 Million Euro[2] and wrote the episodes on her own, with English writer Mark Needham translating them from German into English.[3] World premiere of the series has been scheduled for June 23, 2016, on Polish channel TVN.[4]